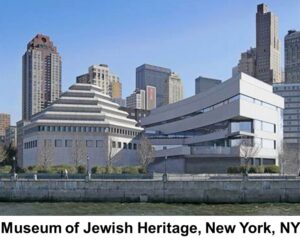 Over the past several decades, Jewish museums have spread across America.  Bringing them together to explore common challenges and opportunities, the Council of American Jewish Museums (CAJM), has attracted institutions spanning the country.  Members include the Alaska Jewish Museum, the Capital Jewish Museum in Washington, DC, The Jewish Museum in New York, the Institute of Southern Jewish Life in Jackson, Mississippi and the Yiddish Book Center in Amherst, Massachusetts.

Melissa Martens Yaverbaum, Executive Director of CAJM, will discuss the emergence and utility of Jewish museums in America, their future possibilities and directions.  She will explain what CAJM does in its role of strengthening and positioning Jewish museums in an ever-changing landscape.  Her presentation will discuss assumptions about what a Jewish museum is and what it could be as well as what visitors might look for in museum encounters.  More generally, she will explore the ways in which Jewish museums function as part of the American story. 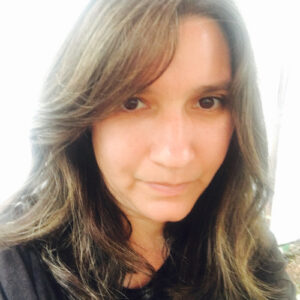 Melissa Martens Yaverbaum is Executive Director of the Council of American Jewish Museums (CAJM) and has worked with museums for 25 years.  Previously she served as Director of Collections and Exhibitions of the Museum of Jewish Heritage; Curator of the Jewish Museum of Maryland; and Curator of the Jane Addams Hull-House Museum.  She has curated many exhibitions about Jewish culture and history, and published articles about them.  She worked at the National Trust for Historic Preservation, the Newberry Library, and the Field Museum.  Her work for CAJM focuses on the areas of next practice, strategic alliances, and museums as change agents.