A recording of this class is at https://youtu.be/ZhSpm9I0qxU . 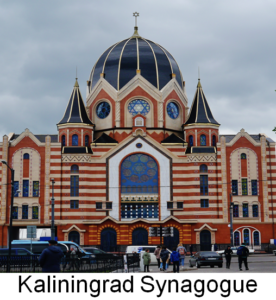 Russia continues to intrigue and concern us.  Given the rich and complex Jewish history in the Russian Empire under the Czars, in Soviet times, and now with Vladimir Putin at the country’s helm, Jewish life in the Russian Federation remains a subject of great interest.  The Jewish Study Center is fortunate to be able to offer a class by Mark Levin, an expert on Jewish life in Russia today who has directly followed developments in the USSR from the 1980s up through the present.  With his exceptional depth of experience and wide range of contacts in Russia and the former Soviet Union, Mark will be addressing the current reality of Russian Jews in counterpoint to its past. 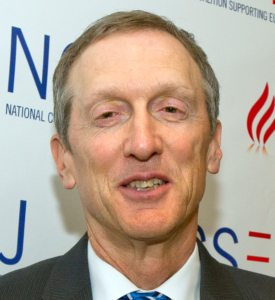 Mark B. Levin is Executive Vice-Chairman and CEO of the National Coalition Supporting Eurasian Jewry (NCSEJ) since 1992 and is one of the organized Jewish community’s leading experts on national and international political and legislative issues.  He travels extensively throughout the former Soviet region on a frequent basis.

In 2008, Mark received the Soviet Jewry Freedom Award from the Russian Jewish Community Foundation, and the Order of Merit medal from Ukraine President Viktor Yushchenko.  In 2006 he was honored for 25 years of distinguished service with NCSEJ.  He has served three times as a Public Member of the U.S. Delegation to meetings of the Organization on Security and Co-operation in Europe (OSCE) and has served as a Public Advisor for the U.S. Delegation to the 2004 Berlin Conference on Anti-Semitism.  He has also represented NCSEJ at Democratic and Republican National Conventions since 1980.

In Mark’s first trip to Russia in 1982 he led a Congressional delegation meeting with Soviet officials and Jewish activists.  He organized the first International Parliamentary Spouses for Soviet Jews Conference in Washington, D.C. and was instrumental in creating the Congressional Coalition for Soviet Jews – one of the largest Congressional caucuses ever formed.

In 1987, as a member of the Summit Task Force, Mr. Levin was a key figure in organizing the Washington Mobilization on behalf of Soviet Jews which brought more than 250,000 people to the nation’s capital for the December 6 “Freedom Sunday” rally.  In 2002 he again worked closely with the Conference of Presidents of Major American Jewish Organizations and other NCSEJ member agencies to organize the massive April 15 “National Rally for Israel.”  From 1987 to 1989, Mr. Levin served as Director of NCSEJ’s Washington office. He has been a member of the organization’s professional staff since 1980. Prior to coming to NCSEJ, he worked for the American Israel Public Affairs Committee (AIPAC). Mr. Levin is a graduate of the University of Maryland.