The recording of the class can be viewed at https://youtu.be/Wq0iBYrH-oM.

For more information about membership, awards or other matters relating to the American Jewish Press Association, please visit https://www.ALPA.org.

For more than a century, Jewish newspapers and magazines have been an invaluable resource for Jewish communities.  With the coming of the digital age, websites have also emerged as important portals of information.  Since 1944, the American Jewish Press Association (AJPA) has served as the organized voice of Jewish journalists, editors and publishers.  With a membership comprised of Jewish media outlets, individual journalists and affiliated organizations throughout the United States, Canada and Israel, the AJPA has worked to promote and defend American Jewish journalism, encouraging the highest of ethical standards and to provide a forum to share best practices.  The AJPA is the sponsor of the Simon Rockower Awards for Excellence in Jewish Journalism – considered the “Jewish Pulitzers” – a highly competitive and prestigious annual competition.  Hear from AJPA’s current president and two of its leaders discuss the current state of Jewish journalism, its challenges and its future directions. 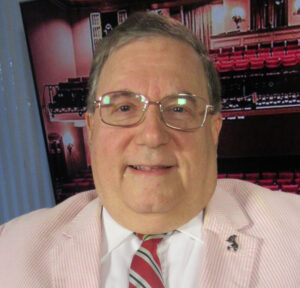 Alan Smason is the president of the American Jewish Press Association and the editor of the Crescent City Jewish News, which he founded as a website more than a decade ago.  A longtime Jewish journalist, he has recently received two 2022 awards for writing the Best Editorial of 2021 and a “Best in Show” award from the Press Club of New Orleans.  Last year he received an honorary mention for commentary from the Simon Rockower Awards.  Recognized for outstanding breaking news articles and critical reviews, he is best known as a theatre critic, appearing weekly on “Steppin’ Out,” a local entertainment and arts TV program, and as the founder of Theatrecriticism.com, a national website for professional critics. 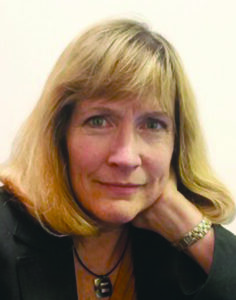 Sue Fishkoff has just retired as editor of J. The Jewish News of Northern California, after 11 years.  With more than 30 years in Jewish journalism, she has been on staff at the JTA and the Jerusalem Post, and freelanced for a variety of other publications.  She is the author of “The Rebbe’s Army” and “Kosher Nation,” and lives in Oakland, California. 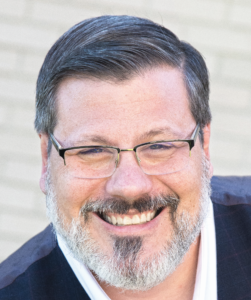 Marshall Weiss is editor and publisher of The Dayton Jewish Observer, which he established for the Jewish Federation of Greater Dayton in 1996.  He is the author of two books: Stories of Jewish Dayton (The History Press, 2021) and Jewish Community of Dayton (Arcadia Publishing, 2018).  In addition, Marshall serves as project director of Miami Valley, Ohio Jewish Genealogy & History — also through Dayton’s Jewish Federation — and administers its popular Facebook group, Growing Up Jewish In Miami Valley, Ohio.  He’s also the host of The Jewish News Hour weekly podcast.  A past president of the American Jewish Press Association, he is a founder of the Jewish Scholastic Press Association and the International Jewish Media Forum.  He has received numerous first-place awards from the Ohio Society of Professional Journalists and the American Jewish Press Association.  In 2017, he was awarded the Religion News Association’s first-place honor for Excellence in Religion Reporting at Small Newspapers.  This summer, the Religion News Association announced that Marshall’s latest book, Stories of Jewish Dayton, is a finalist for its 2022 Nonfiction Book Award, to be announced in October.