A recoding of this class can be viewed at https://youtu.be/uGt_blwAOFs .

Jews have found their way to the area that is now Mexico from Spain and Portugal, from Europe and from the lands of the Ottoman Empire.  The Sephardi and Ashkenazi traditions have made notable imprimaturs on Mexican Jewish life.  While Mexico is often in the news, we hear very little of the Jewish community in our neighbor to the south.  To help remedy this absence, the Jewish Study Center is fortunate to have a speaker who is exceptionally well situated to provide a wide-ranging overview of contemporary Mexican Jewish life.  Renee Dayan, born, raised and educated in Mexico, will introduce us to Mexican Jewish history, the community’s organizations, and its special traditions and concerns, drawing on her unique vantage point working with the Mexican Jewish community in its ongoing interplay with the Mexican media, government and civil society organizations. 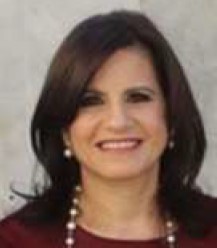 Renee Dayan was born in Mexico City.  She has a BA in Communications from Anahuac University and an MA in Judaic Studies  and Political Analysis from the Iberoamericana University in Mexico City.  She was a member of President Vicente Fox’s transition team on religious affairs, helped prepare the religious affairs and social development issues portion of the 2001-2006 National Plan of Development, and was a member of the National Council to Prevent Discrimination (CONAPRED).  She has also been active in the Maguen David Community, founded by Jews from Aleppo, Syria, working on the Executive Board. She represents the Mexican Jewish Community on Antisemitism forums such as the Kantor Database for the Study of Antisemitism and Racism in Tel Aviv University.

Since 1997 Renee has served as Executive Director of Tribuna Israelita, the analysis and opinion institution of the Jewish Community in Mexico, in charge of promoting an ongoing dialogue with opinion leaders and the implementation of joint ventures with diverse national organizations.  Concurrently the Tribuna seeks to sensitize public opinion to the evident risks of anti-Semitism and takes an active part in debates on national issues.

The Jewish Study Center appreciates the assistance of the American Jewish Committee’s Belfer Institute for Latino and Latin American Affairs in organizing this class.   Visit http://latino.ajc.org/ for information about their projects.