You can watch the recoding of this class at https://youtu.be/7WcKggpMnDA

Continuing its exploration of Jewish communities in Latin America, the Study Center turns to Argentina — home of the region’s largest Jewish community and the site of two horrendous anti-Semitic bombings in the 1990’s.  With a rabbinical seminary, cherished legacy of writers on Jewish life in Yiddish and Spanish, Argentina’s Jews have played a particularly influential role in Jewish life in the Spanish-speaking world. 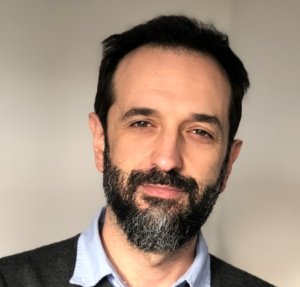 Our guide to Argentina’s richly complex Jewish community will be Alejandro Dujovne, Ph.D., Social Sciences.  He is a researcher at CONICET – the Argentine Scientific and Technology National Agency – and directs the Masters Degree in Sociology of Culture at the Universidad Nacional de San Martín.  He was the co-founder and director of the Jewish Studies Program at IDES-CONICET.  His main areas of interest are modern Jewish cultural history of Latin America and Argentina and the history and sociology of book publishing.  His 2014 book A history of the Jewish book: the Argentine Jewish culture through its publishers, booksellers, translators, printers and libraries examined Argentine Jewish culture within the wider diasporic Jewish geography through the printed word.  In 2015 this book won the Latin American Jewish Association Book Award.

The Jewish Study Center appreciates the assistance of the American Jewish Committee’s Belfer Institute for Latino and Latin American Affairs in organizing this class.  Visit http://latino.ajc.org/ for information about their projects.