You can watch the recoding of this class at https://youtu.be/YXENu9yEq1s .

Latin America, with its rich cultural tapestry, is home to distinct and diverse Jewish communities.  An introduction to the history and current realities of several of these Jewish communities will expand our appreciation of what it means to be Jewish in the 21st century

The series begins with Brazil with its rich Jewish history, organizational structure and institutions.  Recife has the oldest synagogue in the Americas and refugees from there became the first Jews to arrive in New York.  In this class we expect to learn about Brazil’s current Jewish community, its religious life and Jewish education, its relations with Israel and the Jewish diaspora.  We anticipate discovering uniquely Brazilian elements incorporated into Jewish life and the various challenges faced by the community. 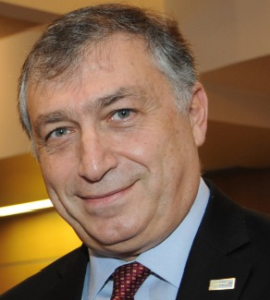 Mr. Lottenberg will be speaking to us from São Paulo, Brazil, where he is a partner of the law firm Lottenberg Advogados Associados.  He has served as Legal Adviser to the Presidency of the Federation and Center of Industries of the State of São Paulo and is currently a member of the Board of International Relations of the São Paulo State Government.  He holds a Ph.D. in International Public Law, as well as a Master’s Degree in Philosophy and General Theory of Law and Bachelor’s Degree from the Law School of the University of São Paulo.  He was a Fulbright Fellow at the Lyndon B. Johnson School of Public Affairs at the University of Texas at Austin.

The Jewish Study Center appreciates the assistance of the American Jewish Committee’s Belfer Institute for Latino and Latin American Affairs in organizing this class.   Visit http://latino.ajc.org/ for information about their projects.