The recording of Phil Brown’s talk is at https://youtu.be/GIRnvxLGLi4 .  The chat text and other references and related materials are at  21W4 Jewish Catskills – Borscht Belt – Google Drive  or https://drive.google.com/drive/u/0/folders/1gL8sKfvYx-2nBDsrKNDFG2hg-pwEinOT .  The materials include references to the Catskill Institute, Phil Brown’s books, other videos about Catskills experiences, a beginning memoir about growing up in a Catskills hotel and some information about the New Edgewood Hotel, including its origin and termination and its relationship with some well known entertainers.

The Catskills resort area, aka the Borscht Belt, was the most popular Jewish vacation site in the mid-20th century and the training ground for many of America’s favorite entertainers.  Phil Brown will discuss the Jewish experience in the Catskills, from the first Jewish boarding house just before the turn of the 20th century, through the decline and current transformation.  With hundreds of slides, he will show the hotels and bungalow colonies, the people who stayed and worked there, and the food and entertainment that sustained them.
s DONATE NOW 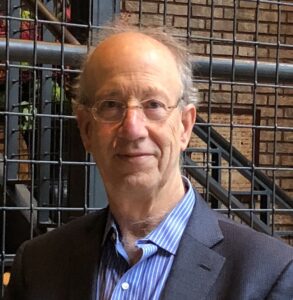 Phil Brown studies the Jewish experience in the Catskill Mountains.  He is founder and President of the Catskills Institute, an organization that works to record and remember the history of the Catskills through conferences, public speaking, support of scholarly research, collecting materials for the world’s largest archive of Catskills items, and running a large website.  For 13 years in a row he ran an annual History of the Catskills Conference.  Most recently he has focused on the experience of the Holocaust and immediate period after in the Catskills.  His books about the Catskills are Catskill Culture: A Mountain Rat’s Memories of the Great Jewish Resort Area,  In the Catskills: A Century Of The Jewish Experience In “The Mountains” (editor), and Summer Haven: The Catskills, the Holocaust, and the Literary Imagination, (co-editor with Holli Levitsky).  Phil Brown is University Distinguished Professor of Sociology and Health Sciences at Northeastern University where he directs the Social Science Environmental Health Research Institute and is on the Executive Committee of the Jewish Studies Program.  Phil plays piano in the klezmer band “Too Klez for Comfort.”