The recording of the Jewish Study Center class (21S2) “Can Robots be Jewish?” can be viewed at https://youtu.be/RFR8tRl0L20 . 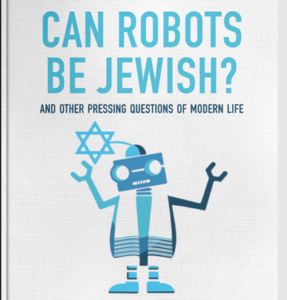 A conversation with Amy E. Schwartz about her new book, Can Robots Be Jewish? And Other Pressing Questions of Modern Life.  It’s a collection of questions and answers drawn from Moment Magazine’s popular “Ask the Rabbis” feature, in which Moment poses a different question every issue to ten rabbis from ten different denominations spanning the range of modern Jewish thought, from Humanist, Renewal and Reconstruction to Orthodox and beyond.

Should we edit our children’s genes? Are there things that can’t be forgiven? Are Jews still expecting a Messiah? Is Judaism good for women? Should Jews strive to be happy? What does Judaism say about love? Is democracy a Jewish idea? Are we commanded to vote? When does life begin? Can robots be Jewish? The rabbis consider these difficult and provocative questions of our time and many others, capturing the rich diversity of Jewish thought in 200-word snapshots. Sometimes they agree–but not often. And in their disagreement they offer a model of civil dispute that’s sorely needed in our time.

The book is available at Amazon, your local book store and elsewhere, including from Moment Magazine at https://momentmag.com/product/can-robots-be-jewish/. 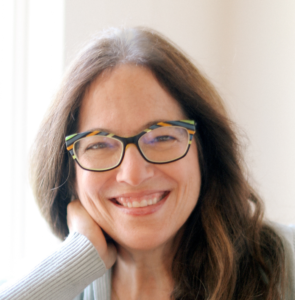 Amy Schwartz is the opinion and book editor of Moment Magazine and president of the Jewish Study Center, where she teaches on Jewish commentary, psalms and literature.  Amy was a longtime editorial writer and op-ed columnist at The Washington Post, covering education, science and culture.  She was nominated for a Pulitzer Prize in commentary in 1988 and was a three-time winner of the Newspaper Guild’s Bernie Harrison Memorial Award for Commentary and Criticism.  She has also worked at Harper’s, The New Republic and The Wilson Quarterly.

This class was originally scheduled for March 10, 2021.