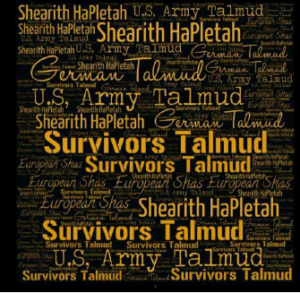 The Survivors’ Talmud, sometimes called the U.S. Army Talmud, is the amazing saga of how a set of Talmud came to be printed for the Jews in Displaced Persons (DP) camps following the Holocaust.  The fact that the printing was under the auspices of the U.S. Army is not the only fascinating fact about this edition.  For the last ten years, Jackie Ben-Efraim had been searching for the heretofore unknown illustrator who created the moving title page depicting a concentration camp.  With the help of her fellow members of the Association of

Jewish Libraries, she was able to discover the artist’s identity, which she will share in this presentation, along with other anecdotes about the struggle to create religious materials for those who survived the horrors of WWII. 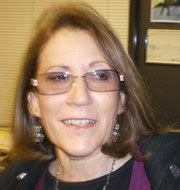 Jackie Kamerow Ben-Efraim is originally from Silver Spring, MD and started her college career at the University of Maryland.  She moved to New York to complete her undergraduate degree as well as her MLS at Columbia University.  She was an intern at the YIVO library as part of her Masters degree program.  After Jackie moved to Los Angeles in 1980, she studied at UCLA’s Rare Book School and has taken courses in book conservation under the direction of the Head of Preservation at The Huntington Library.  Last year she returned to Columbia University to participate in its intensive Early Modern Hebrew paleography “Footprints” program that traces the history and movement of Jewish books since the inception of print.

For the last 15 years, Jackie has been the Special Collections Librarian in the Ostrow Library’s Lowy-Winkler Family Rare Book Center at American Jewish University.  Twice a year she creates exhibits with materials from the Lowy-Winkler which often include a single volume from the Survivors Talmud to provide the source for the chosen subject matter.  Jackie hopes that in 2022 she can mount an in-depth, on site exhibit about this historic edition and other items created for Displaced Persons.