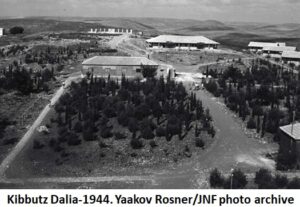 The Kibbutz – long seen as an exemplar of Israeli social innovation – has undergone a metamorphosis – from the “classic” stage of the early kibbutz movement to the present stage of the “renewed kibbutz.” A Study Center webinar, presented by Israeli sociologist, emeritus professor Eliezer Ben-Rafael, himself a kibbutz veteran, speaking from Israel, will explore the social dynamics which have brought about this drastic transformation which he terms from want-to-be utopianism to perceived-to-be normality. He will touch on the ideological shifts, internal conflicts, social and economic crises and tensions with the non-kibbutz environment which have all contributed to the “big transformation.”

Prof. Ben Rafael, editor with Orna Shemer, of the recently published volume, The Metamorphosis of the Kibbutz, the result of a nearly year-long research seminar on the kibbutz, poses the fundamental question whether kibbutz developments have led to a total erasure of the original collective experience or have brought about forms that still remain, in one degree or another, faithful to the drives of the “old days.”

The Metamorphosis of the Kibbutz is available in 3 formats: Hardback, E-Book (PDF) and (after Dec 16) Paperback.  Students can use code 72250 at https://brill.com/view/title/57041 to get a 50% discount on purchasing any format of the book. 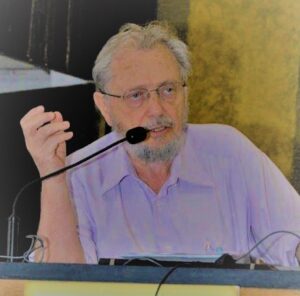 Eliezer Ben-Rafael is Professor Emeritus of Sociology, Tel-Aviv University. His areas of research are ethnocultural cleavages in Israel, collective identities, sociology of linguistic landscape, and the sociology of the kibbutz. His many books include Multiple Globalizations: Linguistic Landscapes of World-Cities, Leyden and Boston (2018), Confronting Allosemitism in Europe: The Case of the Belgian Jews (2014), Sociologie et Sociolinguistique des Francophonies Israéliennes (2013), Jews and Jewish Education in Germany Today (2011), Ethnicity, Religion and Class in Israel  (paperback, 2007); Jewish Identities in an Era of Multiple Modernities (2006). He has also edited the Handbook of Israel: Major Debates (2017), Reconsidering Israel-Diaspora Relations (2014) and The Communal Idea in the 21st Century (2013).