Many Germans and Central European Jews who came to American inspired by the failed European revolutions of 1848 ended up fighting in the Civil War.  Later, many Eastern European immigrants who came to the US to escape pogroms and avoid military service in the Russian Empire, volunteered or answered the draft call during World War I without complaint.  Similarly, Jewish Europeans who came to the U.S.to escape Nazi persecution often returned to Europe in World War II as American soldiers eager to fight.  Young men and women in each of these groups of immigrants would end up making significant contributions to the American military in wartime and the military offered a rapid Americanization process for these newcomers, unlike any other.

Michael Rugel is the Programs and Content Coordinator at the National Museum of American Jewish Military History (NMAJMH). 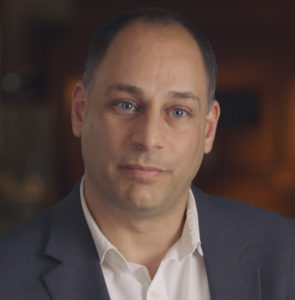 Prior to that he served on the museum’s collections management staff.

He frequently writes about Jews in the American military and has produced a series of videos about them, including descriptions of World War II experiences of American Jewish liberators of concentration camps.  He regularly gives presentations about the history of Jews in the American Military at museum programs as well as to local schools, synagogues, community centers and veterans’ groups.

Upcoming publications include “The American Serviceman Finding and (Re)creating Jewish Community during World War II” in the series Michael: On the History of the Jews in the Diaspora published by The Goldstein-Goren Diaspora Research Center at Tel Aviv University.  Rugel also appeared in the PBS documentary film GI Jews: Jewish Americans in World War II.  His writing regularly appears in the Jewish Veteran magazine and in the NMAJMH website.

In addition to his work at NMAJMH, Rugel hosts and produces the Uncensored History of the Blues podcast for the Delta Blues Museum in Clarksdale, Mississippi.  He has appeared on radio programs and podcasts to discuss American music.

Mike was raised in Reston, Virginia.  He earned a Bachelor’s degree in history from the College of William and Mary and a Master’s Degree in Museum Studies from George Washington University.  He lives in Dunn Loring, Virginia with his wife Judy and nine-year old daughter Hadley.